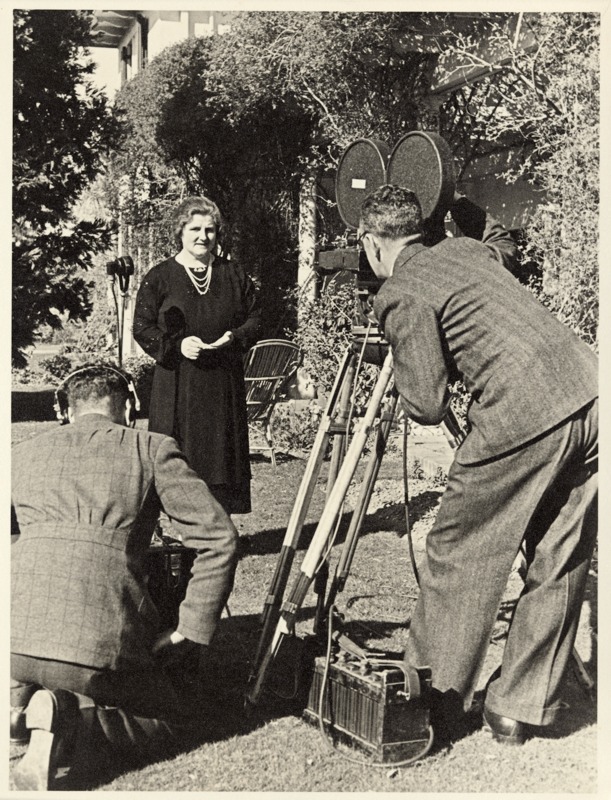 From fountain pen to Twitter, communications have changed greatly since Jane Barton found herself in the position of Prime Minister’s wife in 1901. Beyond their role as campaign partners, many established ways of staying in touch with the electorate. Answering correspondence, making speeches, giving regular radio interviews, writing magazine columns or appearing on television gave a welcome insight into the realities of political life.

Once out of office some published autobiographies to set the historical record straight and give their version of controversial times. Online communications now dominate how we stay in touch with each other, through email, blogs and social networking sites such as Facebook and Twitter.

Enid Lyons (above left), seen here being interviewed by the media, was admired for her ability to ‘sway a crowd.’ She had the gift of being at ease before a microphone and used the many speeches she gave to promote her belief that women had a role to play in civic life: ‘It is the duty of every woman to take an intelligent interest in outside affairs,’ she said. 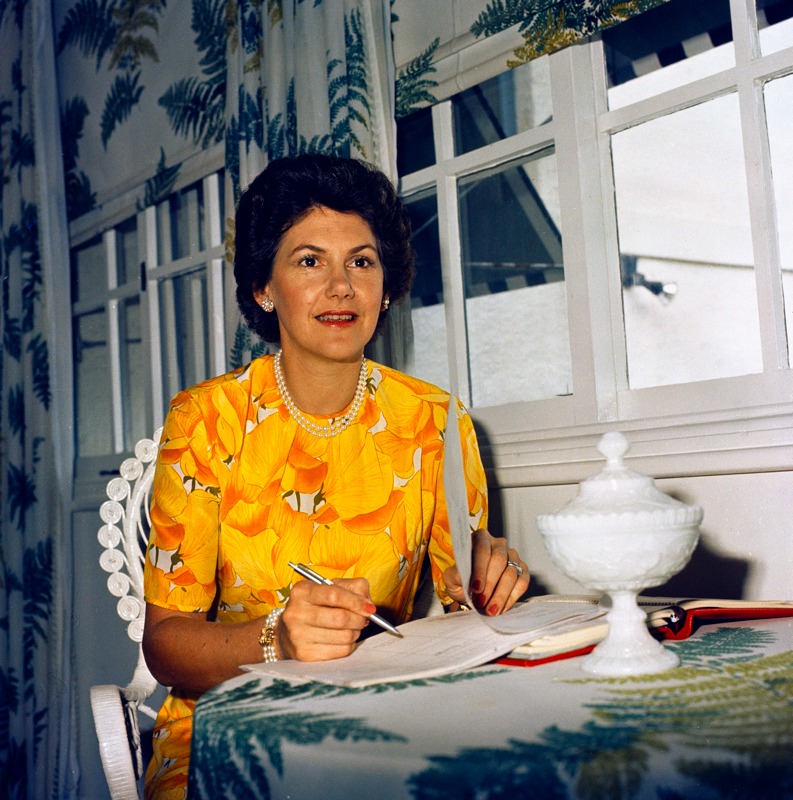 Tamie Fraser in March 1978 in the office she set up on the staircase landing of The Lodge.

She was the first Prime Ministerial wife to secure the services of an official secretary, and with that support, established the Official Establishments Trust and the Australiana Fund for maintaining and furnishing all official residences. National Archives of Australia.